The applicant has completed several months of research and engagement with residents adjacent and near the proposed project area. The City has reviewed the proposed concept provided, the outcomes of the developer led engagement and is now asking the public for feedback. 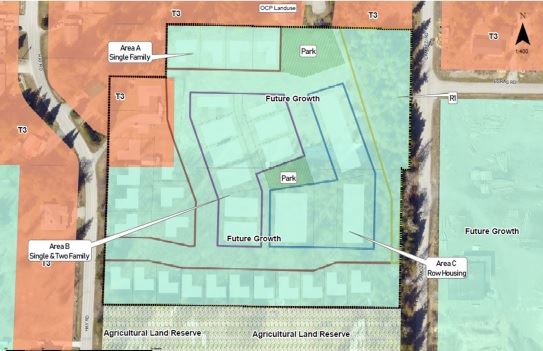 To date, the engagement process initiated by the developer is beyond the engagement requirements in both City and Provincial legislation. However, given the questions raised by residents, the City made the decision to directly engage with the public to provide answers regarding specific questions about the development and seek feedback prior to starting the formal legislative process for Council’s consideration of the proposed development and the application to amend the OCP and rezone the lands.